This, That and the Other Thing

This morning when I went outside to grab the newspaper, I could see the morning star.  Had to rush in and get Little Brother away from his breakfast so he could see it too.  (He thought it was worth it.)

Speaking of breakfast, Little Brother is a major-league toast eater.  He'll go through 6 to 8 slices each morning.  But that wasn't enough to get him through until snack time.  Now I serve him 1/2 cup of vanilla yogurt before the toast.  For snack, he has fruit and a string cheese.  He says mornings are much better now. 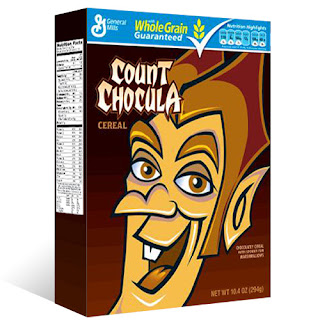 I am doing my best to resist the open bag of candy corn that's sitting in my kitchen.  But I've got some Count Chocula in the house...my kids had never eaten it before so I just HAD to get a box.

Generally I am not a flavored-coffee person.  But I highly recommend Godiva Coffee's Pumpkin Spice.  It pairs equally well with candy corn AND Count Chocula.  Note to self:  go back to Wegman's and get another bag of this coffee before it disappears!

Looking forward to tonight's activities.  I schlep the kids around a lot to things they do.  But tonight's event is really for me.  It's the first rehearsal for the Festival of Lessons and Carols in the parish where Little Brother attends school.   Little Brother will be in the children's chorus, and Big Brother will play various musical instruments.  I'll be singing and playing guitar.  I have no illusions of having the kind of musical ability that many of the other singers/musicians possess.  This is an amazingly talented bunch of people!  But I find that I sing and play better when I'm challenged by being among musicians who are better than me.  Time to stretch!

I don't get to bring my guitar tonight, though.  It's just a vocal rehearsal for the first day, which kind of freaks me out because my guitar is definitely my security blanket.  It's hard for me to sing when I don't have something for my hands to do.

I'm still hoping against hope that I find the earring I lost the other day.  It's not a valuable or expensive earring, but it was a really cute pair of earrings and I liked them a lot.  I should have an earring more than 8 days before I lose it, I think. 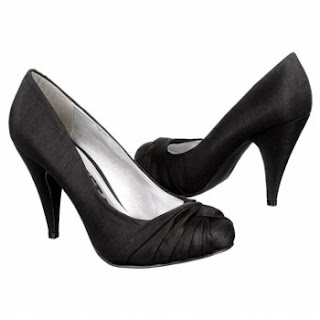 Last night I took Middle Sister shopping.  She had a really weird shopping list:  shoes for the Homecoming dance and a blanket sleeper (known in this house as a "woobie.")  The sleeper is for her Halloween costume.  The last time I saw her wear one of those, she was 4!  After trying on a lot of shoes with insanely high heels, platforms, sparkles and the whole nine yards, she settled on a beautiful and feminine pair of black silk pumps.  Grown-up shoes and little-kid pajamas, all in the same shopping trip.  I guess that's life with a teenager.
Posted by Barb Szyszkiewicz at 10/21/2011 07:25:00 AM

You got it, life with a teenager is logic with no rhyme or reason! But I laughed at the pic of the Count Chocula cereal...2 weeks ago I got a box of that and a box of Boo-Berry! The girls didn't remember it from when they were little, but loved it as a snack!